Apple - A Tribute to the Beatles

Beatlemania's success began in 1977 when Joe Salamone formed "The Britins" in Milwaukee WI, an extremely popular group that quickly landed a half-hour TV special. Tours for this group included the mid-west as well as many areas of Mexico. The next effort was "Bootleg" in 1980. Keeping half the group intact and joining up with two local musicians in Atlanta, GA, they played all over the southern US. After a move West in 1982, "Apple" was formed, continuing the Beatlemania shows from California to Florida, Pennsylvania to Wyoming, with huge success in the ski resorts of Colorado. The popularity of "Apple" took them beyond Vail, Keystone and Aspen to Guam, the Philippines, Japan, Korea, Okinawa, Saudi Arabia and the Persian Gulf.

Great attention to detail has been instilled in their re-creation of The Beatles music and voices. Fans all over the world have shown their appreciation for these shows time after time, leading the group to be asked to share the stage with notable acts including: The Temptations, The Four Tops, Rick Nelson & The Stone Canyon Band, The Drifters, The Coasters, The Guess Who, America, Three Dog Night, Paul Revere and the Raiders, and other top musical groups. In 1996 the group was asked to perform for British Airways to announce their direct flights from San Diego and Phoenix to London, and on January 8, 1997, Apple was given the honor to perform at the "Borgata" in Scottsdale with the John Lennon International Art Collection. 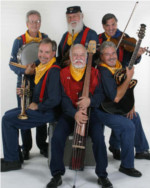 Igor's Jazz Cowboys play acoustic Western Swing accompanied by a hot horn section. Just imagine Louis Armstrong singing with Roy Rogers and his boys - you get the picture. With roots stretching from the Great Southwest all the way over to Dixie Land, Jazz Cowboy music is sure to get your feet stomping.

The one with the handlebar mustache and beard? That's Igor. Not only can he play the upright bass like the dickens, but he can sing beyond 3 octaves.

Igor's Jazz Cowboys ride the Jazz Trail from Connecticut to California, and Canada to Florida. Sometimes the posse loads the horses and goes overseas. They've appeared in Australia, throughout Europe, and in Israel. 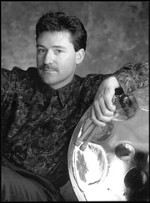 Paul McDermand began his musical career as a free-lance percussionist in the Chicago area. At the age of nineteen, he assumed the percussion duties on a popular theatrical production playing in one of Chicago’s downtown theaters. The show was called “The Magic Man,” and its star was another teenager, David Copperfield.

In 1981, Paul moved to the Phoenix area, lending his artistry to film scores, commercial jingles, symphonic productions and stage shows of every description. The list of big-name entertainers with whom Paul has performed is vast: Natalie Cole, Tony Bennett, Johnny Cash, Liberace, the Temptations and the Moody Blues have all tapped his considerable talents.

In 1993, Mr. McDermand received an invitation from New York to join a revival tour of Andrew Lloyd Webber’s “Jesus Christ, Superstar,” featuring the stars of Norman Jewison’s 1973 motion picture. Paul accepted, anchoring the rhythm section during sold-out performances throughout the world’s finest theatrical venues. Upon his return to Scottsdale, Paul began to develop an assortment of instrumental arrangements built around the steel drums and marimba, resulting in numerous CD releases. These recordings are embraced the world over for their easy nature and exotic beauty; popular pianist Roger Williams once wrote to Paul, "If you don't stop making these beautiful recordings, you'll put me out of business!"

With his rising demand as a concert artist, Paul McDermand appears both as leader of his own group and as a guest soloist with the finest ensembles, often alongside guitar virtuoso Esteban.